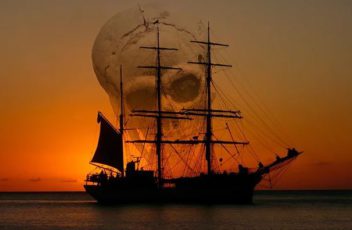 Me beloved Crew.. Harsh times ask for harsh meassures.. It is with sadness in our pirate hearts that we see the Yellow jack fluttering across the seven seas.. Harbors are beeing closed for the safety of our scallywags.. Therefore we shall not set sail to Elfia and Keltfest and our journeys beyond are still uncertain. Our armada is anchored, using all different means to natter and sing.. Expolore the horizon with yer virtual looking glass and enjoy the artists across the World Wide Sea doing thar best to amuse you! Keep yer distance and stay positive! Open up that fine cask of Cooper’s Rum.. Let us hope this plague comes to an end real soon.. 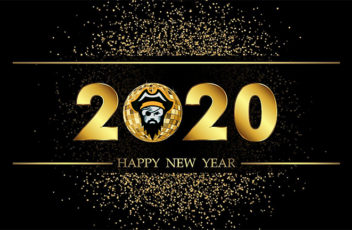 We would like to wish a fantatastic and healthy 2020 to you and your loved ones! Last year was very important and joyfull to us as it was the year that the BlackPowder community was born. We can’t thank you enough for sharing all those beautiful moments and parties with us! We hope to see eachother at one of the coming activities so we can make 2020 even better! Please have a look at our upcoming events in the right section of our website.

The rougher the seas, the smoother we sail!
BlackPowder. 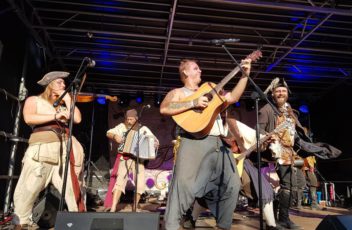 Last weekend the BlackPowder fleet has sailed to Zülpich where we have attended the Piraten Abenteuer Festival!
It was our first visit to the festival but most definitely not our last.
Compared to most of the festivals we have visited, it was smaller, probably because it focussed on the Pirate theme where other festivals cater to all aspects of fantasy, (science-) fiction and cosplay.
As a result it had a very intimate and accommodating atmosphere where many hearties met again to share tales and drinks and rekindle their friendships. The setting was in Zülpich in beautiful rural Germany against the backdrop of the fabulous Weiertor. The campsite was direct next to the festivalgrounds and on foot it took only 5 minutes to get from camp to stage or wateringhole…. The weather was superb with temperatures which actually made us feel like Pirates IN the Caribbean. Fortunately there was ample shade and all the cherry beer, gold beer, rum and refreshments one could wish for. The organization was impeccable…Big thumbs up to Ralf Winterhoff and his team!!! And the music….it was plain genius…..
From McCabe and Kanaka to Pyrolysis, to the musical might of the Swedish Pirate Armada: Pat Razket, Stromfrun and Ye Banished Privateers…. It was a true maelstrom of music, singing, dancing, drinking, partying and fraternizing with pirates from all over Europe (and one from Australia

).
The absolute highlight was the unplugged jam-session Saturday evening after the official programm. We have started it singing Hoist the Colours and John Kanaka and soon were joined by Björn Tengelin from Pat Razket and then John Kanaka. Soon more people, both pirates and musicians from all the different bands poured into the beautifully lit Weiertor and then there was no stopping the party anymore…
The heartfelt rendering of Captain Ben, by Rebeckah and Björn brought tears to our eyes: to ours for laughing, to Björn’s for hating the song and having to sing it… The party lasted until the early hours and left us without voice, without drinks, without shame, dignity and in some cases without pants.
It was an unforgettable weekend and BlackPowder will most definitely sail for Zülpich again next year !!! 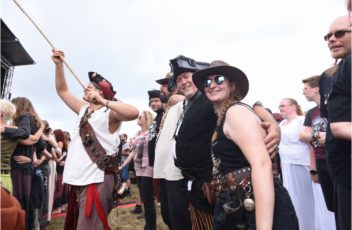 Castlefest 2019 was again a Fantastic Festival, hosted by the beautiful people of Vana Events.After setting up the camp, we could immediately get into action with a performance of Harmony Glen, Followed by a great Sunfire Concert!On Friday, we had the honour to listen to the wonderful music of VarendVolk, brought by our good friends at Plunder and Pyrolisis! Our singles got to meet new people at the speeddating, while others listened to the wake up call at the La Horde Pyjama Party.The BlackPowder crew had such an amazing time with these bands before and after the gigs and at the festival site itself. With the few sparks of energy we had left we went to the silent disco and got totaly exhausted! Thanks to everyone who made this festival so amazing! Make sure to check out our pictures in the Gallery. 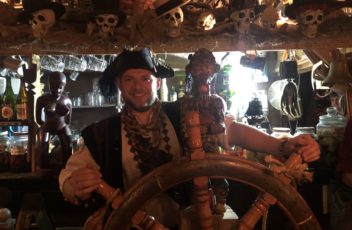 Last weekend, BlackPowder has anchored at our favorite watering hole, the Tortuga Bar in Durbuy, Belgium. The Commodore and his QuarterMaster Gheckoo made sure no bottle of rum was left untouched! Merci les gars pour le bon acceuil et une visite inoubliable. Make sure to check our gallery for more pictures! #TortugaBarDurbuy 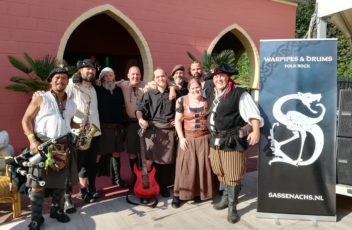 During the weekend of July 6th And 7th, at El Mundo Fantasia in Landgraaf.. We were treated to several concerts of Sassenachs in a very different style as the one we have come to know and love them for. Having replaced part of the wardrums for electric guitars, a fullfledged drumkit and a keytar they have rocked our socks off!! After keeping us dancing and singing to exhaustion during the closing concert on Sunday, Laird Peter de Wit and Clan Sassenachs graciously agreed to pose with our small BlackPowder delegation, resulting in another great asset for our Wall of Friends. “Lang may yer lum reek” !! 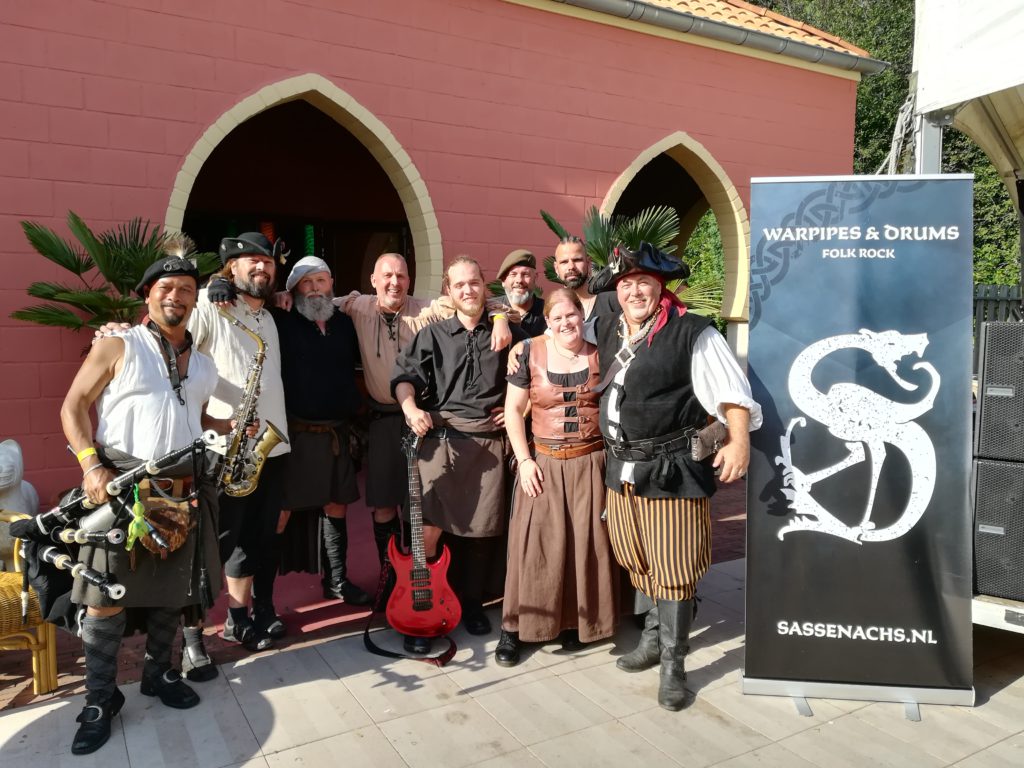 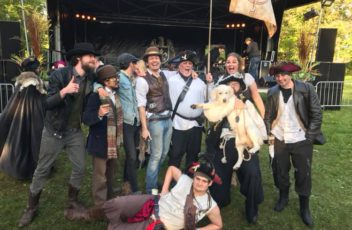 After a glorious performance of #Sunfire at #MysteriA, Satria, Michel and Jeroen hung out with us at the #BlackPowder encampment… It was biblical… 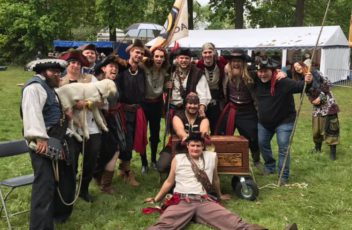 After a brilliant show on Sunday at #MysteriA , including a reggae style version of The Drunken Sailor, we hung out with our friends from #Plunder. Femke, Lennart, Thomas, Serge and Tuaq even signed our shrine which we now consider Plundered… #BlackPowder 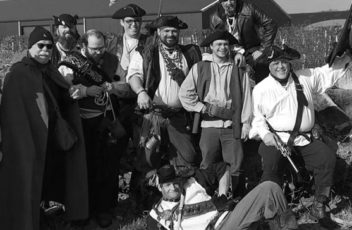 Together, we are blessed with the gift of life. And in one way our another, our paths have crossed at some point! Could have been at a Fantasy Fair, Mittelalter Phantasie Spectaculum, a gig of your favorite band or even online! One thing was sure.. we united and shared beer, food, rum, stories and had a great time at the campfire or any other beautiful location.

It’s not always easy to keep in touch and some very interesting stories or events may not be noticed with the amount of online feeds heading our direction. Privacy settings and other solutions that make your life easier could prevent to share your stories or events with the people you like be informed.

With BlackPowder Community, our goal is to create a ‘virtual camp fire’. A place where you can share the events you will attend , share the progress of that new costume you will wear the coming Fantasy Fest, tell stories of the awesome time we had together, share pictures that makes everyone love or laugh, tell us about this new band everyone should hear about.. and so much more..

Hope to see you soon! 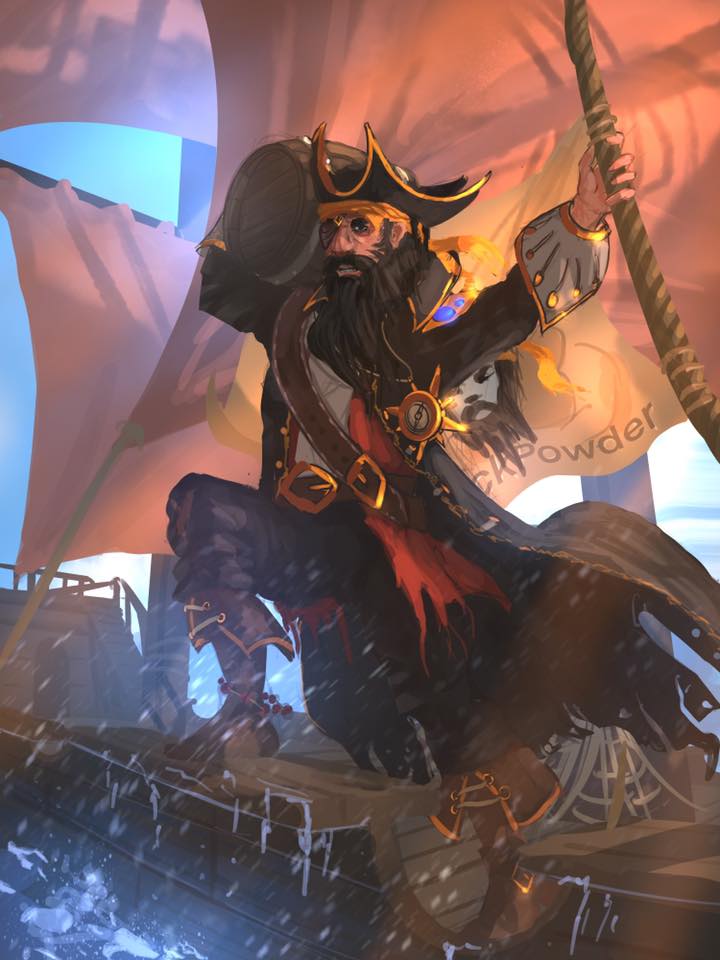 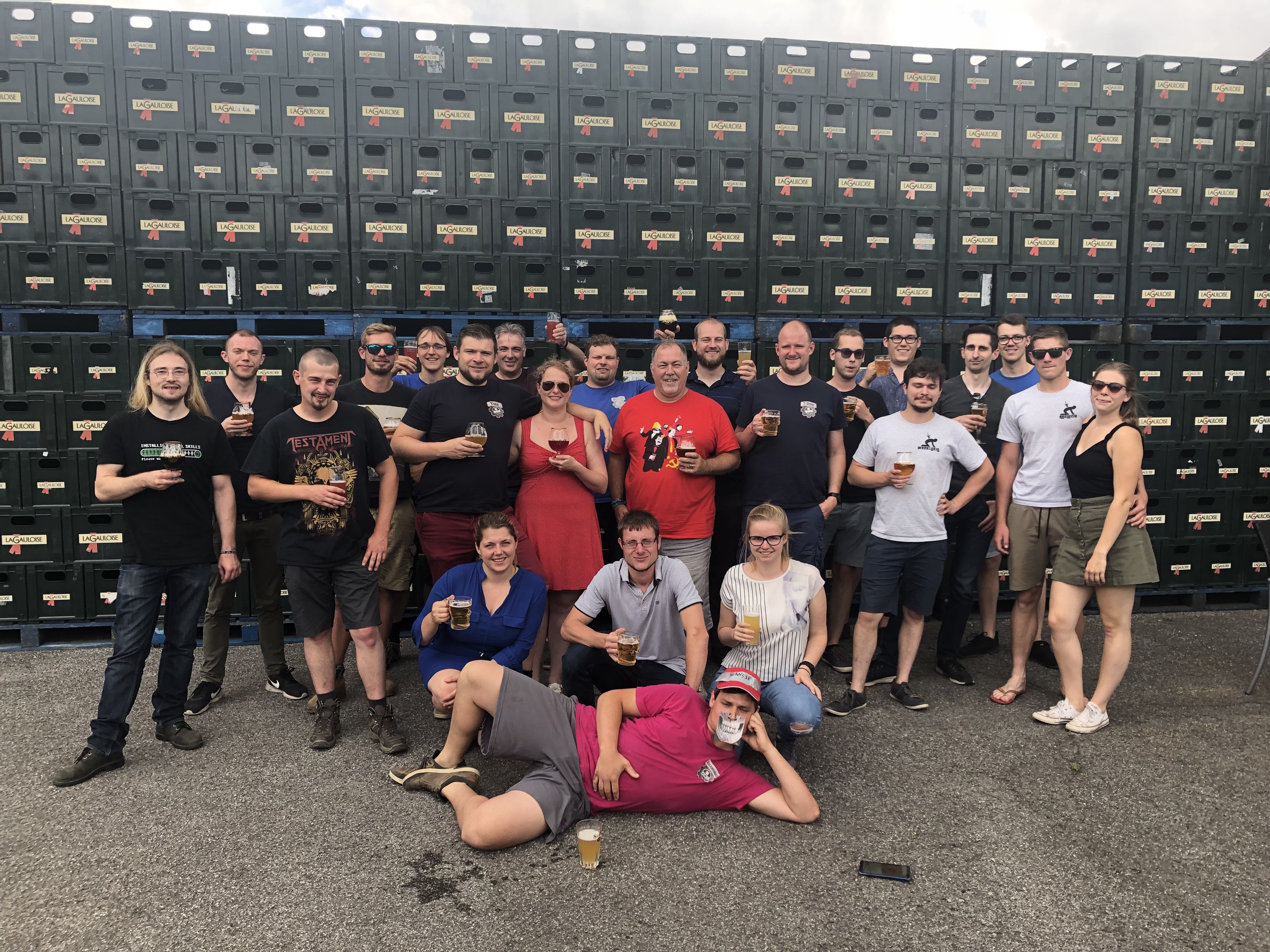